Hedge funds have always been one of the greatest engines of American economy. They are becoming increasingly popular, grooving to be one of American and even the world’s biggest financial industry cluster. According to the 2016 Preqin Global Hedge Fund Report the assets under Hedge fund management reached nearly $3.2tn, more than 5000 institutional investors allocated to funds and they have added about 71.5bn in new capital inflows in 2015. But 2015 proved to be a challenging year for entire financial market. By the end of 2015, American hedge funds had returned to their clients only 2.02%, it was the worst performance since 2011 according to Preqin’s benchmark. However, this quite poor annual performance wasn’t unnoticed by their investors. Roughly a third of institutional investors said that hedge funds had failed to meet expectations in 2015 and there’s strong evidence that individual investors now are willing to invest on their own using financial technology tools. In this blog post, we will try to analyze recent critics of the industry and alternatives of your savings management.

As we mentioned before the main hedge fund problem is low annual return rate. For instance, Third Point Offshore showed 4,4% decrease, Paulson Advantage showed 11,6% decline so far in 2015 and these funds were the largest and the most prominent in the market. In an entire industry, which is made up of almost 10,000 hedge funds, overwhelming majority can’t outperform S&P 500 over the 20-year time period. 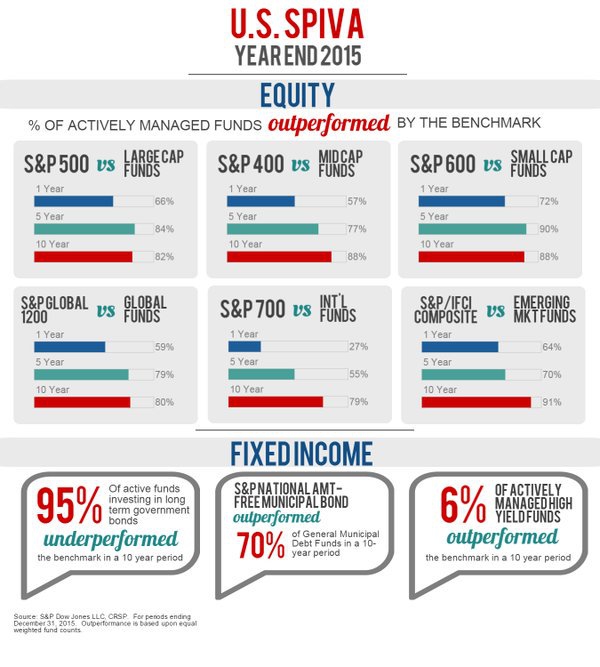 That means if you put your money in an S&P500 ETF or start trading by yourself then you could probably get better returns than at an average hedge fund and save a lot on fees. Just in case, you can check SPY strategy and its performance by yourself. For example, I love using backtesting feature in Bullboard iPhone app, you simply add S&P500 ETF (SPY ticket) to your backtesting portfolio and change the date of open position. You will see the precise return rate for chosen time period.

Usually, hedge fund managers are paid throught a compensation structure “2 and 20”, which means a 2% management fee and 20% performance fee. So a manager would charge you 2% of total assets under his management and 20% of profit. Warren Buffet, chairman and CEO of Berkshire Hathaway, gave an example when 20 billion mutual funds earned about 400 million from the management fees. Another interesting story is annual management salary. The top two hedge fund managers made $1,7 billion each in 2015, it means they made about 4,7 million per day from your and others investors.

Traditionally your pension and IRA account are invested by bank or pension fund in diversified assets portfolio. Pension funds, for their part, have a diversified strategy which includes investments in various hedge funds. Hedge funds with their higher average annual return were supposed to help pension funds fill in their funding holes. They were supposed to help pension funds fulfil their promises to the retirees. Instead, hedge funds have aggravated the problem and the funding holes have become even larger than before. This problem becomes bigger if you understand that hedge funds have eliminated portion of your retirement savings. But slow-moving pension funds have become more awareness of this problem and now are vigorously changing their strategy. In 2014 California Public Employees’ Retirement System announced that it would liquidate its investments in 24 hedge funds and 6 funds of funds and California has already kept its word.

In conclusion, it is clear that hedge funds can’t bring back their credibility back to institutional and private investors. Individual investors are no willing anymore to pay enormous fees to managers who can’t outperform even annual S&P500 return. In the age of retirement savings crisis when there is a strong need of efficient personal management of your IRA, it is a perfect time to start investing on your own, you already have every tool you need.